How to Build an Employer Brand to Attract and Retain Staff?

A lot of companies focus on the building consumer brand. This is perfectly understandable. Without a positive brand image, a company won't even survive for long — let alone grow with time. But the employers should not underestimate the power of employer branding. Here we will explain what exactly is meant by employer branding, and also what are some tips to effectively build the brand to attract and retain top talent. What is... ❯❯❯

11 Goals You Should Have for Your Business

Without a clearly defined goal, you are wandering in the dark, grasping for something that you made intangible. Goal-setting is an important part of keeping a business afloat and moving forward. Sketching out new goals might be something that you’d typically associate with the start of a new year, but on the contrary setting, goals throughout the year can do wonders in terms of the business’ growth and development. It is a... ❯❯❯

What Makes a Telstra Loyalist?

With telecom companies, as well as internet and mobile service providers popping up everywhere, it’s not only difficult for corporations to keep themselves relevant, but it’s also quite confusing for the customers who aren’t sure of who to choose and for what. In such tumultuous times, we have the company called Telstra that has, without fail, managed to overcome every adversary over the years, and has not only... ❯❯❯

Are You Putting the Internet to Work for Your Employment Needs?

When the time arrives to find a new job, where do you turn? In the “old days” before the Internet, most people hunting for work relied on newspaper ads. Fast-forward decades later and the Internet is by far the leader. Although some still use newspapers to search, the worldwide web is a go-to source. With that in mind, are you putting the Internet to work for your employment needs? In the event the answer to that question... ❯❯❯

Are You Steering Clear of Identity Theft Fraud?

4 Keys to a Sounder Ecommerce Business

In running your Ecommerce operation, does anything keep you awake at night? While countless individuals have great Ecommerce businesses, others end up struggling. If you find your business somewhere between or having tough times, what are you doing to change? Though there are some practices you can deploy to turn things around, some work better than others. With that in mind, take some time now to review your Ecommerce activities. ... ❯❯❯

If you’re traveling to a foreign country, you want to know enough of the language to greet people and ask some basic questions. You may not think about needing to learn some Mandarin when you visit China, especially if you’re going as part of a group tour, but knowing a little of the language, wherever you travel, can make things easier for you and the people you’ll be interacting with. It’s more fun, as well... ❯❯❯

A Stag Party to Remember at Adrenaline Quarry

Recently one of my best mates from university got married, and so a bunch of us decided to arrange his stag party for him. After considering a number of options we decided that a trip to Cornwall would be great, not just because of the nightlife but also as it would give us ample activities that we could pursue during the day. Of course while there were many activities on the cards for stag days out in Cornwall, we wanted to kick... ❯❯❯

How to Stay Healthy as a Digital Nomad 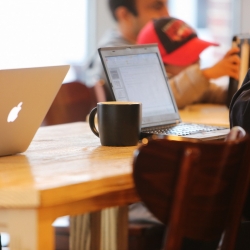 As a digital nomad, our life style is a little bit different from other people who have a regular job. We might spent a lot time travelling, meaning an exposure to different environment and climates which can cause illnesses. Despite all the fun and happiness that comes with travelling, sickness can cause delay on the travel schedules and also lead to uncompleted tasks. Being healthy is key to living a successful nomadic lifestyle.... ❯❯❯

Essential Apps for a Digital Nomad 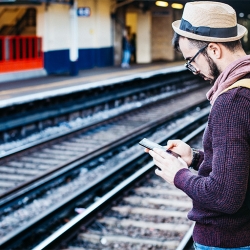 As you may know a digital nomad is one who earns a living online is constantly on the move, never staying in one place for a long time. Life on the go can be enjoyable but also hard at times. So below are some digital nomad apps that can make that life easier. 1. XE Currency This is a currency conversion application. This is an essential app to any digital nomad, it enables one to prepare financially when moving to a different... ❯❯❯